Exactly Why Does a Steinway Sound Better?

The soundboard is the heart of a Steinway. But there’s yet another Steinway innovation that truly sets Steinway pianos apart from the rest of the crowd. 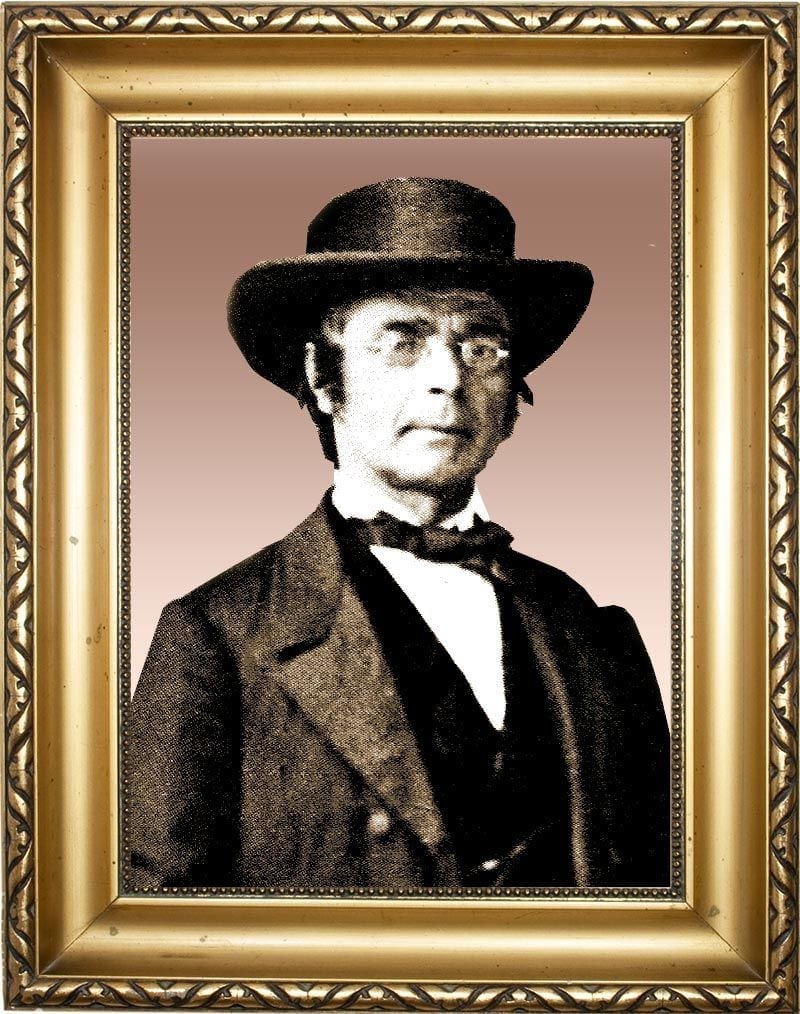 The technology of the mid 1800′s, when the Steinway family was inventing the modern piano, is hardly recognizable today. In general, one could say that smart people in those days had to improvise and work harder with whatever tools they could find (some of the first Steinway pianos were constructed in the family kitchen). Today, we have more sophisticated tools at our disposal, more knowledge, more eminent research institutions, and our increased understanding of the fundamental laws of physics has led our civilization on a trajectory that was all but inconceivable to these brilliant young German-born craftsmen. However, that’s not to say Henry Engelhard Steinway and his brothers, who were also mechanical engineers, weren’t capable of applying the principles of acoustics, which were well known at the time, to improve the overall sound of the piano. Their achievement has remained unparalleled for over 175 years. So, what did they discover, and how does this make today’s Steinway piano fundamentally different from all others?

The answer is “tension”, string tension, that is. In their numerous experiments, the Steinways discovered that a lower tension string scale, when correctly applied to the pin blocks and the most resonant soundboards (they also had learned which woods created the best tones), together, resulted in more warmth, color, and sustain, more so than any “piano forte” ever had before — and since. This basic discovery was, and is, the reason why a Steinway sounds better. 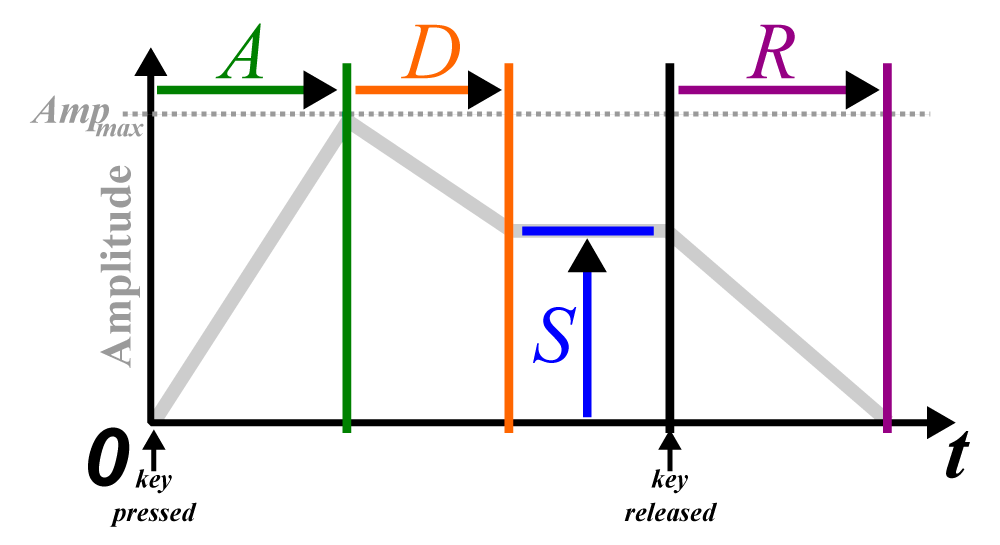 Any acoustical engineer can tell you about the four phases of a sound when struck by a key: 1) attack, 2) decay, 3) sustain, and 4) release. ADSR describes the “envelope” of a single sound from beginning to end. Every instrument has its own distinct ADSR profile. The ADSR of a pipe organ is significantly different than the ADSR of a celeste, for example. But the real goal, every engineer’s holy grail, in addition to the creation of realistic string sounds, clarinets, trumpets, church organs, timpanis, etc., is to recreate 100% the ADSR for every note on a Steinway Concert Grand (Model D), arguably the most acoustically complex instrument ever invented. The first “breakthrough” came in the 1980′s by MIT Scientist, Futurist, and Entrepreneur, Ray Kurzweil, who “sampled” a Steinway. That is, instead of synthesizing, he carefully recorded and digitized each note. His Kurzweil Digital Piano was unveiled with all sorts of hoopla at the 1986 NAMM (National Association of Music Merchants) Convention, Anaheim, CA. Even Robert Moog, the inventor of the legendary Moog Synthesizer, who had worked on the project, called it the greatest advance in acoustical engineering since, well, the invention of the Steinway. Yet despite the best efforts of Messers Kurzweil, Moog, and others over the years, there remain too many unaccounted-for factors in the ongoing pursuit of that perfect Steinway sound. To name just a few: wood variables, resonances, string chemistry, and electronic variables like miking, amplification, speaker baffling, and a hundred other issues which, when added together, cannot really come close to the rich — and genuine — sound of a Steinway. But, hey, anything’s possible. Keep trying guys!

Comparing Steinway to other pianos

So, what about comparing a Steinway with other “regular” (not digital) pianos? This brings us back to string tension. Since all regular pianos have real (not electronic) strings, hammers, dampers, soundboards, etc., it’s easier to compare them. Here’s a chart that says it all: 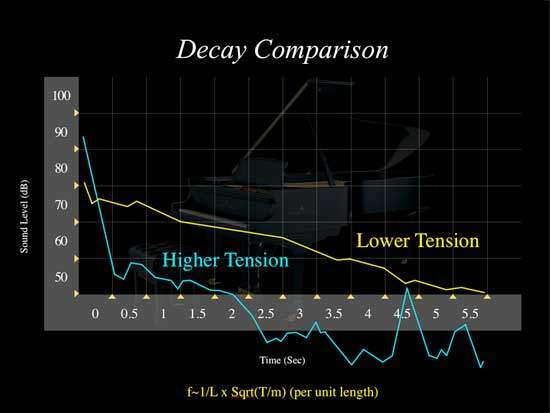 The above chart is a bit fancier version of the same ADSR principle. The yellow line emphasizes the ADSR profile of a lower tensioned string, and the blue line shows the ADSR of a higher tensioned string. What this chart clearly shows is that when a key is struck, higher tensioned strings produce more attack, then decay very rapidly, and during the course of decay, produce wildly intermittant variations, which results in an over all “tinnier” sound. On the other hand, a lower tensioned string produces less attack, and decays more gradually and much more smoothly over time, which results in a “warmer” sound. Can you guess which line represents the decay profile of a Steinway? If you guessed the yellow line, you’re right.

To sum things up: Lower tension produces less attack, a more gradual and even decay, and more sustain, which results in more warmth, mellowness, and more dynamic range. Higher tension produces more attack, a rapid and intermittant decay, and less sustain, which results in a more harsh, metallic sound, and less dynamic range. There are only three piano brands in the entire world that employ low string tension: Steinway, Boston (by Steinway) and Essex (by Steinway). Virtually ALL others use higher tension strings. Henry and his brothers discovered this scientific principle, and for almost 200 years, the makers of Steinway pianos have maintained it and improved upon it. This is exactly why a Steinway sounds better.

About Rod Daynes. I’ve been around pianos for as long as I can remember. My calling, however, was not to run the family business. I took after my mother, who was an artist. In college, I developed a serious interest in the convergence of art and technology, especially new media technologies, and followed that path for a good portion of my career. I’m a designer at heart, and have been in the web publishing business for over 20 years. I designed this site for example. I hope you like it.